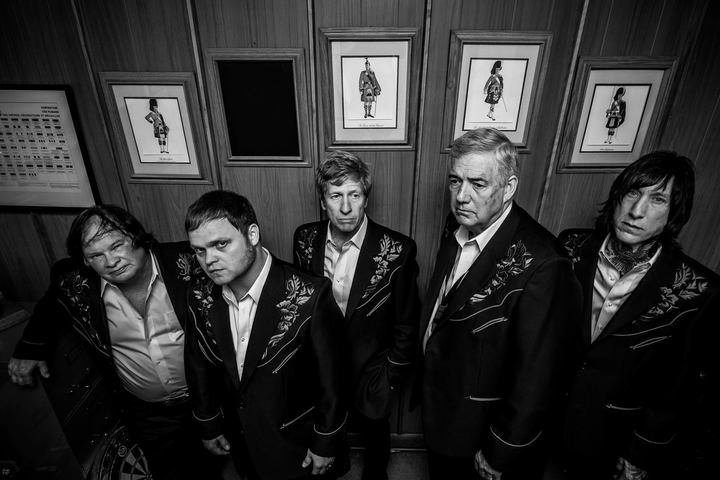 The Sonics were the first and still is the best punk band of all times! Formed in 1960 and predated them all by four years with a rock ‘n’ roll sound rooted in three chords and songs about evil women, drugs and screaming, explosive in sound and attitude with fuzzed- out guitars, soulful screams and hard-hitting jungle rhythms.

Their debut album “Here Are The Sonics” marked the first time music that fit the punk rock archetype was pressed to vinyl. Bruce Springsteen, Nirvana, The White Stripes and many others have cited The Sonics as a huge influence on their sound. Songs like “The Witch,” “Psycho,” and “Strychnine” have become rites of passage for many a modern-day garage punk band, and they have been covered by The Cramps, The Flaming Lips, Mudhoney and The Fall.

The Sonics’ current touring line up consists of Rob Lind, Freddie Dennis and Dusty Watson plus two new members Jake Cavaliere (Lords Of Altamont) and Evan Foster (Boss Martians). Original founding members Gerry Roslie and Larry Parypa had to stop touring due to health issues, but the new line-up is wild and loud as you like it!