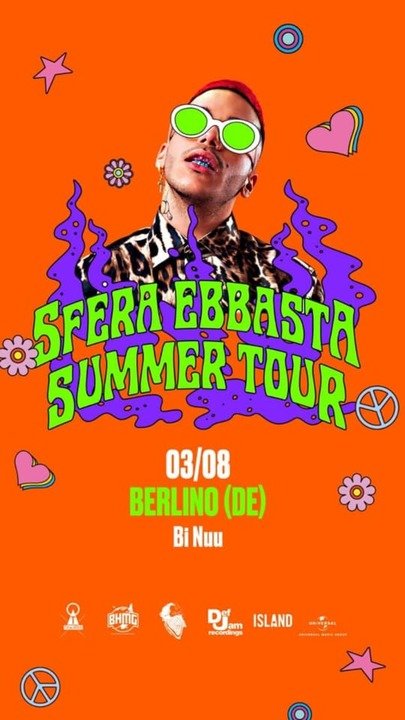 Sfera Ebbasta spent ten years perfecting his craft; by age 23, he was regarded as an emerging talent within the Italian rap scene. Together with Charlie Charles they founded their own brand, BHMG, through which they released merchandise and music, their first release was a street album titled XDVR.In 2016 Sfera Ebbasta released his debut self-titled album, this time through publication deals with Universal and Def Jam, who received Gold and Platinum records certification for all the tracks.His last single "Tran Tran" is now certified fourfold Platinum records.This success was replicated with the releases of Sfera Ebbasta (2016), Rockstar (2018) and Popstar (2018).