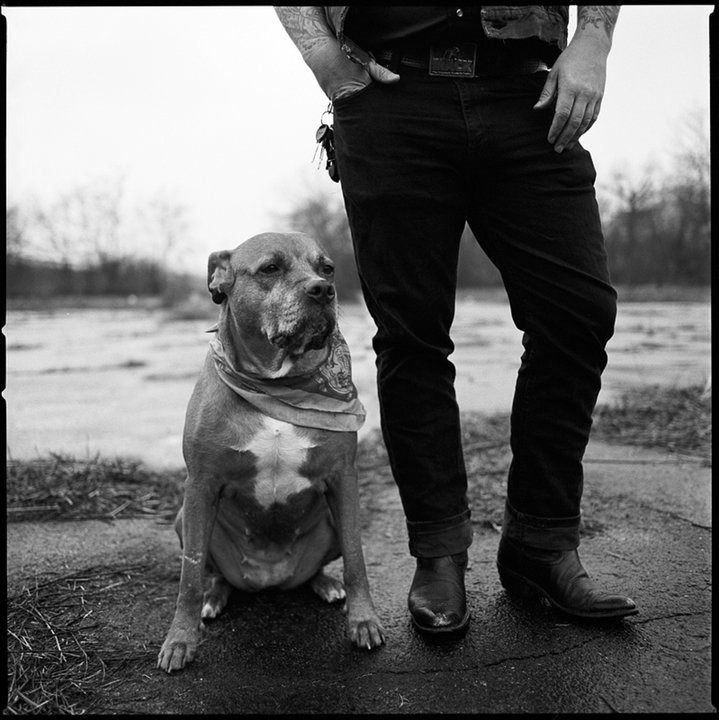 No one ever said

country music had to be simple, and when Austin Lucas began thinking about the
follow-up to his critically acclaimed 2013 album Stay Reckless he had a lot on
his mind. The Indiana troubadour wanted to do something not only different from
his own work, but unlike anything else being done in the realm of country music
and Americana. Between The Moon And The
Midwest marries traditional & cosmic country sounds
with sharp, vivid storytelling in a fully realized album concept.

The songs began to
emerge during the 2011 Stay Reckless
sessions and tour cycle; a tumultuous time masked by non-stop life on the road.
With his marriage dissolving, Lucas began pouring his pain into fictionalized
characters. Stay Reckless captured
the experience of his divorce, and Lucas put those first few songs on the
backburner while he toured heavily behind the album and avoided reflecting on
the state of his personal life.

Two years later he
found himself dealing with crippling anxiety and depression. Returning to the songs
with a darker perspective while drawing on his life experience in rural Indiana,
he crafted an intimate song cycle capturing the intricacies of friendship,
love, betrayal, and the pain arising from the nature of those relationships. Being
in a state of despair allowed Lucas to inhabit the characters in the story and
he emerged from the darkness with the songs for Between The Moon And The Midwest.

Citing influences like
Buck Owens and George Jones, Lucas had wanted to record a fully country album
since 2011’s A New Home In The Old World.
Enlisting the help of Joey Kneiser - guitarist and vocalist of the Tennessee
band Glossary- they crafted a sound that, while rooted in outlaw and hard
country, was infused with 60s psychedelic pop like the Zombies and the Beach
Boys circa Pet Sounds. The result is
a finely produced sound layered with guitar, vocal harmonies and atmospheric harmonics.
Between The Moon And The Midwest is
unique in its mix of sounds, songwriting, and influences.

From the country-gold
sound of “Unbroken Hearts”, the infectious “Ain’t We Free”, to the plaintive
truths in “Wrong Side of the Dream” and “The Flame”, he delivers an album at
once timeless and modern. Boosted by guest appearances from John Moreland, Lydia
Loveless, and Cory Branan Between The
Moon And The Midwest finds Lucas at the top of his game and taking his
music into exciting new territory. 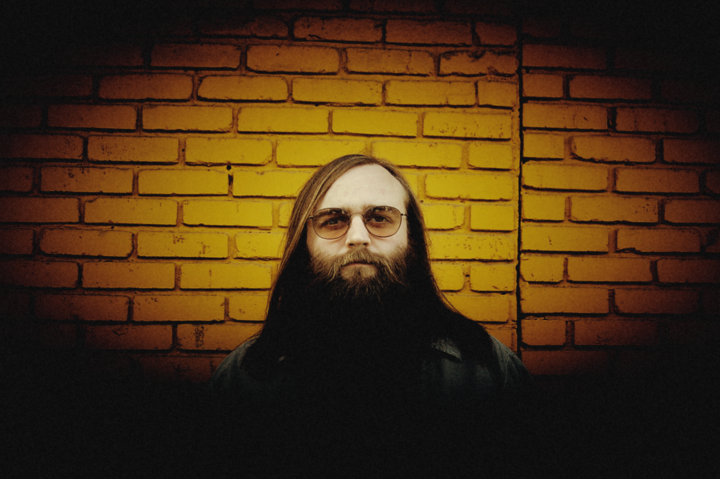 can prepare you for the sound that comes out of his mouth when he sings—or bellows—his
stellar songwriting. It is a soulful power beyond belief.”

(Little Rock, AR) - Hailing
from Little Rock, Arkansas, and possessing a voice that the Onion A.V. Club warns “knocks your brain into the back of
your skull”, Adam Faucett has drawn comparisons
from Tim Buckley to Cat Power to Otis Redding.

Called “one of the greatest,
most thoughtful lyricists the state has to offer.” (Arkansas
Times) Faucett
has again pushed the borders of his “part folk, part blues, part elemental rock
stomp, part unidentifiable cosmic holler” (Arkansas Democrat Gazette)
with the release Blind Water Finds Blind Water,
a record of his most arresting and beautiful songs to date.

Faucett began performing solo in 2006 when the demise of Russellville,
AR band Taught the Rabbits pushed him toward
Chicago. He returned to Arkansas in 2007 to record his first solo album The Great Basking Shark, and began
touring nationally. 2008’s Show Me Magic, Show Me Out
followed, featuring Faucett’s band, The Tall Grass.
A relentless touring schedule has led to shows with Jason Isbell, Damien Jurado,
Chuck Ragan, and Lucero.

For the past two years, Adam
has toured nationally and internationally in support of his third acclaimed release,
More Like A Temple, which received
praise from outlets including American Songwriter,
Paste Magazine, No Depression and Uprooted Music Review. Temple also
gained overseas support, landing at #14 on the EuroAmericana chart and
receiving 5 stars from Altcountry.NL,
bringing him to Europe for the first time.

From the opening note of the first track of
Faucett’s new release Blind Water Finds Blind
Water (Last Chance Records - 2014), it becomes clear that there
is no holding back on this album. The emotionally raw “Day Drinker” sets the
tone for a tour of unearthly themes set
against the workaday backdrops of rural and suburban Arkansas. Sublime melodies
mix tensely with characters who live in unsavory and haunted spaces. A Staten
Island killer, an abusive ex-husband, and the 20th century "sleeping
prophet" Edgar Cayce, all make appearances. Faucett, who says he
“identifies more with the flood than the victims”, explains “the tunes of Blind Water take full responsibility
for the irreversible damage.”

“Benton” and “Sparkman” reference two of the Arkansas towns where
Adam spent his childhood, with the treatment of these stomping grounds blending
reality and fiction to create Faucett’s own Arkansas Gothic vision. Deeply
personal moments "Opossum",
"Poet Song", and "Walking Home Late" are, according to
Faucett, “all almost word for word true autobiographical accounts of my life in
the not-so-Southern, not-so-Midwestern bastard state of mind that is Central
Arkansas. This record, written on the run physically and emotionally, is a
mapping of a moment guided by the whim and mercy of others. Water, blind and
helpless moves not where it wants but where it’s allowed.”