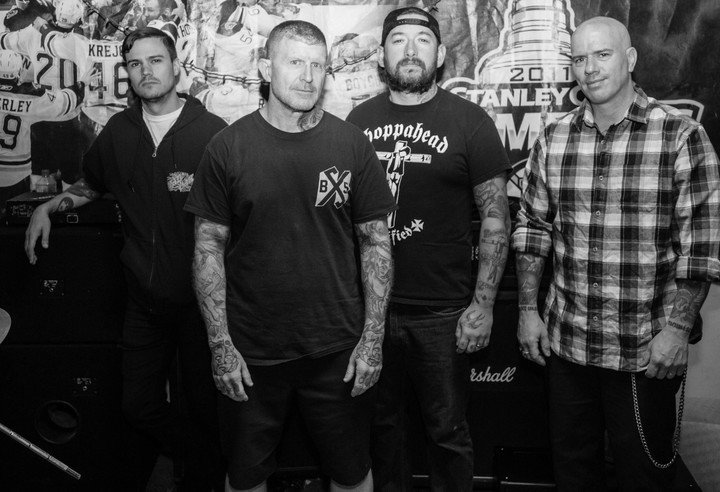 Slapshot was formed in 1985 by Steve Risteen and Mark McKay, formerly of
Terminally Ill; Jack "Choke" Kelly, formerly of Negative FX and Last
Rights; and Jonathan Anastas, formerly of Decadence and DYS. Due to the
reputations of its members, the band had a relatively high profile even before
its debut; the zine writer Mike Gitter (who was also an A&R executive)
wrote that "Slapshot is a great live

act", before they had ever played in public.

Diverging from their counterparts in the Boston hardcore scene, Slapshot
decided to make the first album a 24 track recording as opposed to the usual 8
or 16-track hardcore album. To reduce costs, they recorded at night and
completed the album in four sessions. Back On The Map was released by Taang!
Records in 1986.

The band's lineup underwent a number of changes in its first few years,
although its sound remained consistent. Jordan Wood, formerly of S.T.P., joined
as an additional guitarist, but took over bass guitar when Anastas left the
band to continue his education. In July 1988, Jamie Sciarappa, former bass
player of SS Decontrol, joined the band. He left in 1990 and was replaced by
Chris Lauria.

Their 1993 album Blast Furnace was a move into sample-based
industrial/metal/hardcore and only included one original member, Choke, along
with a more metal-based backing band including members of Slaughter Shack.
Slapshot toured Europe that spring, and on the second date of the tour, they
recorded a live album in Berlin called Live At SO36. The following year, they
recorded Unconsciousness in Chicago with Steve Albini, ex-member of Big Black
and producer for Nirvana.

In July 1997, Slapshot played what was to be their last concert in the United
States for five years, in Plymouth, Massachusetts. They toured Europe in 1999,
including a stop at the Graspop Metal Meeting in Belgium. In December 1999, a
Slapshot tribute album called Boston Drops The Gloves - A Tribute To Slapshot
was released by Flat Records (the label owned by Ken Casey of the Dropkick
Murphys) and San Francisco-based TKO Records. The album included covers by 22
Boston bands.

In 2001, Slapshot issued a new album entitled Greatest Hits, Slashes and
Crosschecks featuring re-recorded versions of classic Slapshot songs. They
followed up with 2003's Digital Warfare (I Scream Records) and 2005's Tear It
Down, along with several more European tours. In 2006, Slapshot released a
statement on their website announcing that the band was defunct. However, on
June 30, 2007, they played at the Significant Fest 2007 in Clearwater, FLorida.
Also on the bill were Killing Time, 108 and Uppercut. In July 2008, they played
a couple of dates in Europe, with a stop at the With Full Force festival in
Leipzig, Germany.

Slapshot played a show in Haverhill, Massachusetts on November 8th, 2008 with
Ten Yard Fight, Step Forward, and Word For Word, and announced an appearance on
December 28 in Boston at the Middle East with The Mighty Mighty Bosstones.

The band are due to perform at Hellfest 2009 in France, with new songs and a
monkey knife fight rumoured to be a part of the performance 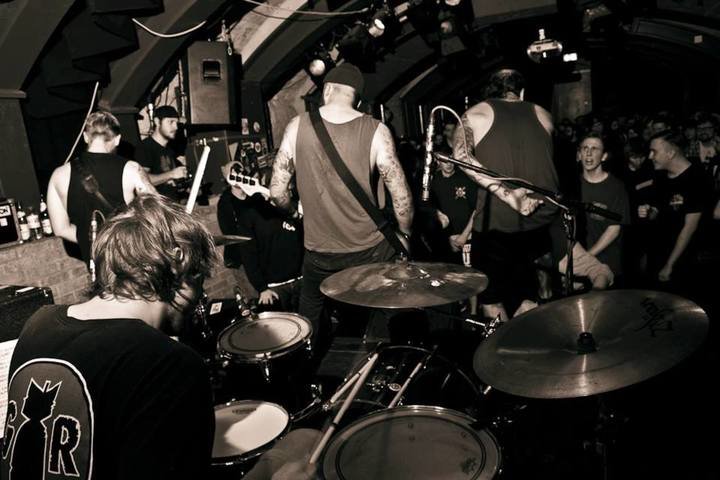 OFF THE HOOK are a hardcore-band from Berlin, Germany. They´ve been around since 2008 and play an aggressive style of hardcore without any „we´ll beat the shit out of you“ - attitude.

Since they want to play as many shows as possible, feel free to contact them via ensen@statelesssociety.com, if you are interested in helping them out! 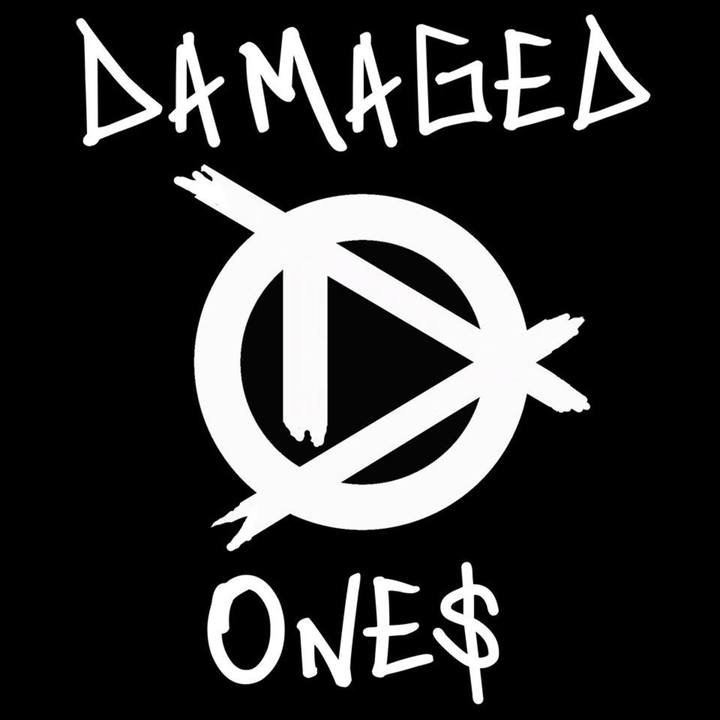 5 friends from Germany and the U.S. got together at the old Luftwaffe flight school near Dresden Airport one weekend in Oct. 2013 and wrote and recorded a 5 song e.p. Now were a band. That is all.