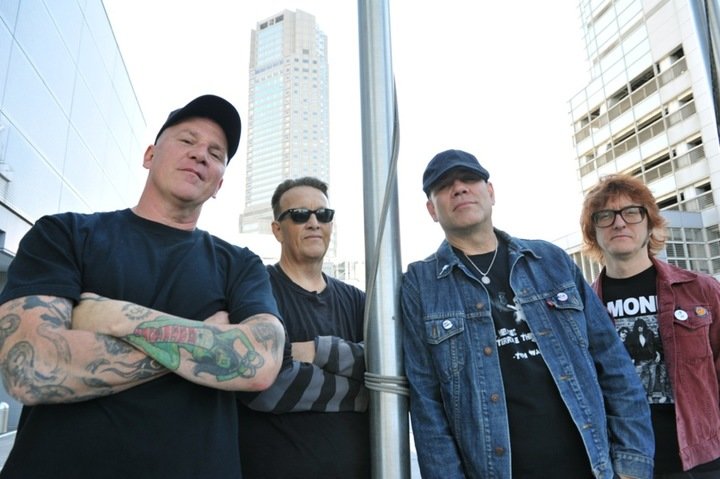 September marks the 25th anniversary of CJ’s initiation into punk rock’s royal “family,” and to celebrate, on November 25th Fat will release the single “Understand Me?,” a head-bopping melodic garage-punk screed addressed to an unnamed listener who really doesn’t seem to understand him.

Was it actually written with someone in mind? CJ laughs and says, “Every girl I’ve ever dated thought I wrote hateful songs about them, or I’ve had friends like, ‘Are you trying to say that to me?’ It’s nice to put it out there without explanation and let people take it however they want.”

Backing Ramone on the single (and the upcoming full-length Last Chance To Dance) is the same all-star unit he pulled together for his 2012 solo debut: Dan Root and Steve Soto from The Adolescents and David Hidalgo Jr. of Social Distortion. Packing in even more punk rock star power, the single’s non-album b-side is a cover of Black Flag’s “Rise Above,” featuring guitar and background vocals by Dez Cadena of Black Flag and the Misfits.

While not strictly making music in the vein of his former band, Ramone doesn’t shy away from writing songs that hark back to the golden age of punk. “I was lucky enough to spend seven years in a band that I was already a huge fan of—arguably one of the greatest rock and roll bands of all time,” he says. “I want to do everything I can to keep that spirit alive as long as I can and get it to a couple more generations.” 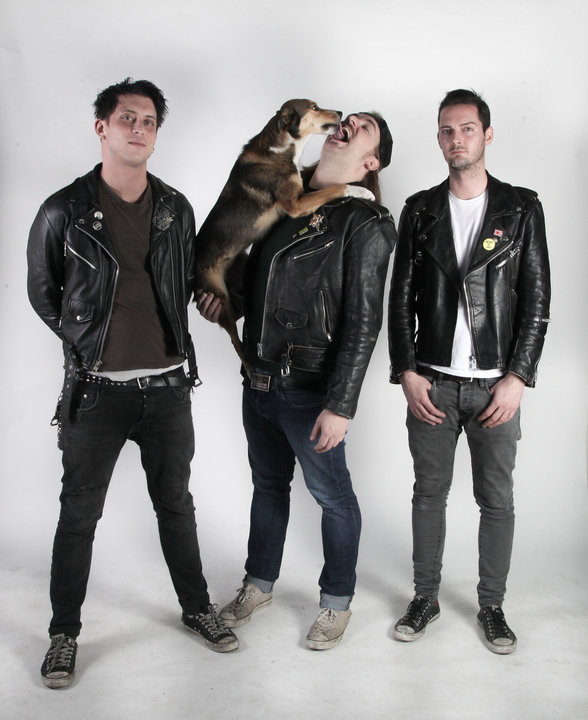 When it comes to punkrock, DeeCRACKS is one of the best bands of

that genre to come out of Austria. They are uncompromisingly staying
true to their vision of rock’n’roll and have brought their energetic 3-
chord power live shows to perfection throughout over ten years of
touring the Northern Hemisphere.

Starting out in 2003 as a 4-piece playing Ramones cover songs on their
drummers birthday party, they knew they were ment to become a real band
and started writing their own songs. Back then the band was known as the
CRETINS.

Having been in bands before, the CRETINS easily caught attention and
started playing shows all over Austria. In the first years of existence they
have played with bands such as the Black Lips, Leftöver Crack, Kings of
Nuthin’, Born to Lose, Tribute to Nothing and austrian bands Antimaniax,
Red Lights Flash, Rentokill, the Incredible Staggers and Astpai.

The CRETINS recorded their first full-length album in 2006. The self titled
16-track CD was released on April 27th, 2007 by Dambuster Records
(distributed by Cargo Records Germany). Their debut record opened the
door for touring internationally, which extended their fanbase. However, the
release caused legal troubles with the German band the Creetins
(Roadrunner Records), so the band had to change the name to
DeeCRACKS in December 2007.

Dispite having to change the name and decreasing from a 4- to a 3-piece
band, DeeCRACKS did not stop touring and stayed true to their music. In
2009 they found their new home in Rotterdam’s Monster Zero Records, run
by member of the Apers. They released a 7” single called ‘Beach 90’ for their
first US-Tour in June, 2009 and self-released the EP ‘Totally Cracked!’.

The first full-length album as DeeCRACKS entitled ‘Attention! Deficit
Disorder’ was released on LP, CD and digital in 2010. Since being part of
Monster Zero, the band has played tours in the USA, Canada, Russia,
Japan, Europe and UK and have played club-shows with bands like
Methadones, CJ Ramone, the Dictators, Vibrators, Kids, Chixdiggit!, Queers,
Hanson Brothers, Kepi Ghoulie, No Use For A Name, Red City Radio, Off
With Their Heads, Cobra Skulls, Cute Lepers, Copyrights, Peacocks, Direct
Hit, Teenage Bottlerocket, Bad Religion and many more.

Playing more and more shows and tours each year, DeeCRACKS is now
playing around 100 shows a year and released split records with
7YearsBadLuck, Murderburgers and New Rochelles in the ‘12/’13, as well as
a 7” named ‘Call It A Day’ on Monster Zero Records.

In 2013 they got kicked out of the USA while on tour with the Jetty Boys and
Direct Hit for not having working permits and are currently seeking a way to
get back over to tour. They released a best-of CD entitled ‘DeeCRACKS
MANIA’ on DUMB Records as a Limited Japanese Tour Edition.

April 2014 saw 2 new releases by the band. The new album ‘Beyond
Medication’ on Monster Zero (LP, CD, MC), DUMB Records (CD) and
Turbo Tapes (MC) as well as a 7” Single off the albums song ‘Adderall’ on
Delete Your Favorite Records in France.

In tribute to Dee Dee King’s (Dee Dee Ramone) 1989 album ‘Standing In
The Spotlight’, DeeCRACKS released a split 7” with the Zatopeks covering
his rap songs. It is the very first Ramones Museum Berlin release with
exclusive distribution by Striped Music in Italy.