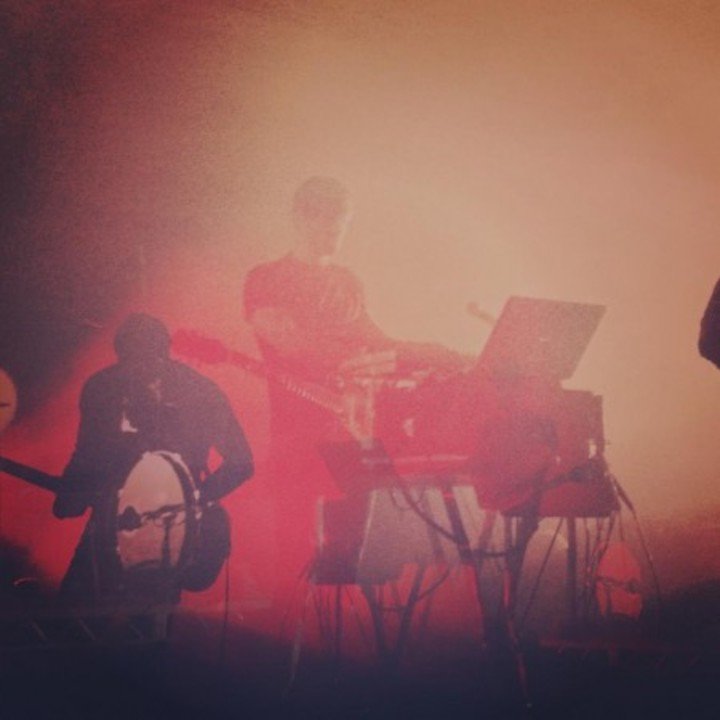 For nearly a decade, Tycho has been known as the musical alias of Scott Hansen, but with the release of Awake – his second LP for Ghostly International – the solo project has evolved into a three-piece band. Reaching an entire new realm of sonic possibilities this time out, Awake is situated in the present, reaching Hansen’s vision of Tycho like never before. “This is, in many ways, the first true Tycho record.”
Following 2011’s Dive LP, the San Francisco, California based designer toured extensively, accompanied by a full band on stage, his sound coalesced into a percussive, organic whole. Zac Brown (guitars, bass) continued to join Scott on the road, but it was the particular addition of Rory O’Connor’s live drumming that ultimately sent Hansen back to the studio with a more precise vision for what the future of what Tycho could be. “After the tour, I decided that I wanted to capture the more energetic, driven sound of the live show on the next album,” Hansen recalls. Bringing musicians into Tycho’s creative process was a step towards expanding his own songwriting and advancing the project beyond its current incarnation.
In a cabin near Lake Tahoe last winter, Hansen and Brown began fleshing out the structure of the new record, but it wasn’t until they set up shop in the hills of Santa Cruz with O’Connor that it all fell into place. “It crystallized the vision of how the drums would come to the forefront on this record,” says Hansen. The sound was much more stripped-down and concise with live instruments coming to the forefront. Perhaps it was leading up to this all along, songs like “Montana” and “Awake” perfectly exemplify Tycho’s new, amped up, sound - unique to the group effort poured into the songs on the new record - while “See” and “Dye” echo ideas from previous works but with a clear with a view to the future. Working with Count Eldridge, who also engineered Dive, the team could fixate on the pulses that Tycho might have previously layered under synthesizers and exhume them with distinct bass and guitar patterns. Together they bridge an ethereal middle ground between old memories and new experiences, “While I grew up in California, I spent a lot of time as a kid in places like Colorado, Wyoming, New Mexico and Montana,” says Hansen, ”I got back in touch with those areas over the past few years and they inspired me a great deal.” Hansen went on to build those images into the foundation behind the artwork for Awake, “I created the cover art to be a symbol, or a flag, to represent this fictional region comprised of idealized elements of all these western states.”
Also known for his design work as ISO50, Hansen’s visual and sonic efforts have dovetailed throughout the course of his career. “This is the first time in my life I've dropped everything to focus on one artistic pursuit,” notes Hansen. Previous Tycho releases came to fruition from Hansen’s delicate solo approach to constructing a song, tweaking each peak and valley, but ‘Awake’ is three like-minded people coming together where music becomes the sole purpose and true expression becomes the result.