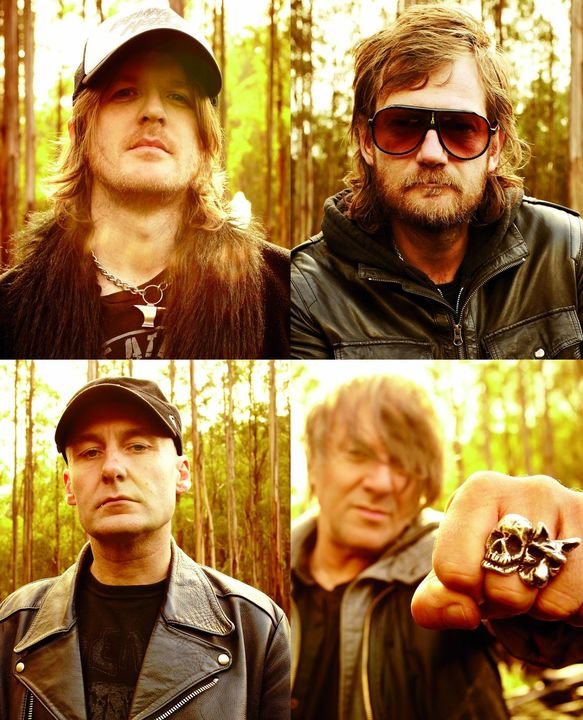 Self acclaimed as, ‘The most rock n roll, rock n roll band in the History of History’, MAMMOTH MAMMOTH knows that their tongue-in-cheek posturing will always be eclipsed by the explosive force of their live shows.

Described by one radio DJ as, ‘… impossible not to admire a band with a sense of humour; that doesn’t take themselves too seriously - yet are hugely serious about the riffage that hits you head on!’

It’s a sound MAMMOTH MAMMOTH call ‘Heavy-murder-fuzz.’ And its effect as. ‘...the type of rock that some times kills unicorns’.
Despite their taste for abstract descriptions, there is no argument that their dark, heavy and menacing tracks are an indelible signature that underlines their musical preferences.

All four share a reckless dedication to having the audience witness a band who’s willing to bleed for them. It’s certainly done no harm in establishing a strong reputation with stoner, doom and hard-rock enthusiasts.
Presented by
Share