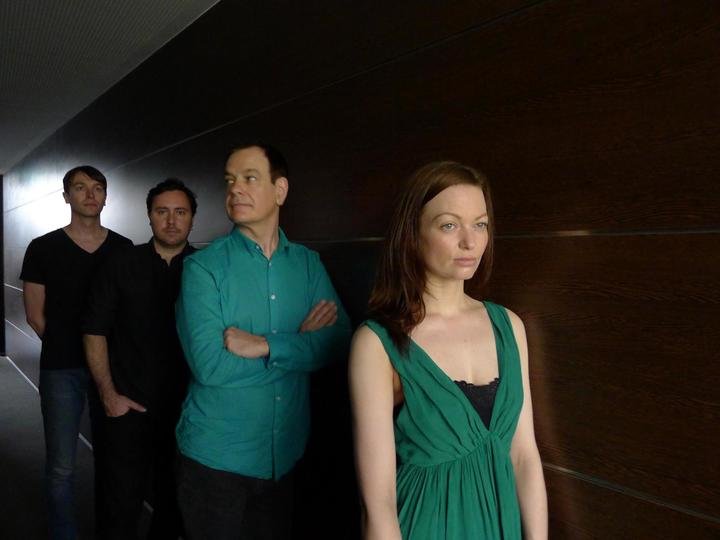 “The boy Gedge has written some of the best love songs of the Rock ‘n’ Roll Era. You may dispute this, but I’m right and you’re wrong!” John Peel.

The Wedding Present have had eighteen UK Top 40 hit singles… not bad for a band that has, from its inception, stubbornly refused to play the record industry’s game. That was back in 1985 when David Lewis Gedge boarded a National Express coach in London with 500 records packed into a pair of his mother's suitcases. In this fashion, the debut single GO OUT AND GET 'EM BOY! was collected from the pressing plant, delivered to the distribution company, and The Wedding Present was born. That pioneering spirit has been at the core of the band's philosophy ever since. From GEORGE BEST, "an unmitigated delight" [NME], the first full-length release on their own Reception Records onwards, the band has charted an appealing, if often eccentric, course of its very own.

With the early releases on their own label The Wedding Present acquired a reputation for bittersweet, breathtakingly honest love songs immersed in whirlwind guitars, so it was extraordinary that UKRAINSKI VISTUPI V JOHNA PEELA, with the band exploring traditional Eastern European folk music, should be the major label debut on RCA. “(They) carry off what is basically a bold experiment with verve” [NME]. However, this was soon followed by the more traditionally incendiary BIZARRO, “simply unbeatable” [Melody Maker] which featured their first hit single KENNEDY. Sounds Magazine said: “it’s their major label debut, but it’s a transition they’ve mastered beautifully”.

The next step, made with characteristically twisted Wedding Present logic, was to enlist noise-mongering [and, at that point, relatively unknown] sound engineer Steve Albini's aid at a time when everyone else was releasing ‘Madchester’ dance mixes. The resulting SEAMONSTERS, recorded in the snowy wilds of Minnesota in just 11 days, suggested a more thoughtful Wedding Present. The Guardian newspaper noted that: "Albini has given The Wedding Present considerable weight, with Gedge's voice trickling between banks of scowling guitars". Indeed, the singing ranged from sensual whispering to feverish screams.

The band came up with their next intriguing idea in 1992. By the end of December, The Wedding Present had released twelve singles, one per month, equalled Elvis Presley's 35 year old record for "most hits in one year", rekindled everyone's interest in that ultimate pop format, the 7" and led the NME to describe the band as "casually revolutionary and underhandedly unique". A gang of impressive names, including Ian Broudie from The Lightning Seeds and legendary Rolling Stones producer Jimmy Miller collaborated on the industry-challenging project, ultimately to be compiled on the two HIT PARADE albums and awarded "record of the week" by Tony Parsons in The Daily Telegraph.

WATUSI, produced by Steve Fisk (a prime mover in the celebrated avant-garde scene of Seattle), whisked the band off into another new area with its lo-fi pop, three-part a capella harmonies and Waikiki-ready surf strains. This “strong, multifaceted album” [Select], sprinkled with 60s and 70s pastiches, was described by some critics as their most varied and dynamic to date. “Watusi is (their) ‘White Album’, a late period re-assessment of their sound that finds them doing what they do best” [Melody Maker].

In 1995, the band released yet another 7" single, SUCKER, and completed a British tour with two drummers. Although the record sold several thousand copies and reached No.3 in The Festive 50 (the late BBC DJ John Peel's end of year listeners' poll) you won't see it in any other charts, because, typically, it was only available at the concerts or by mail order.

The band returned to a more traditional form of record distribution with the car themed MINI, "a gem of a record" [Melody Maker] in which Gedge cloaked his tales of love, lust and infidelity with automobile symbolism in what can only be described as a concept album. To commemorate this release, the band played at the BBC's Sound City Event, which was held that year in Leeds, the group’s home town. During the concert, the winner of a prize draw was announced, and a lucky Wedding Present fan became the owner of a real life classic Austin Mini motorcar provided (and delivered!) by the band.

For the next full length LP, the group decided to apply a decade’s worth of studio experience and produce the record themselves. Thus, the Top 40 album SATURNALIA was released by Cooking Vinyl to a flurry of critical approval. The NME exclaimed that "David Gedge has just written one of the best pop albums of the year" while The Melody Maker noted that in the new recordings, which were completed in the London studios belonging to The Cocteau Twins, you could "hear an experimentalism that would send half of New York back to the lab".

It was at this point in 1997 that Gedge started work on a new project called CINERAMA. A fittingly titled outfit, Cinerama indulged Gedge's love of film music from John Barry to Blaxploitation via Ennio Morricone. Cinerama started life as a duo, Gedge and his girlfriend Sally Murrell, together with a shifting line-up of collaborators. 1998's VA VA VOOM “turbo-driven melodies and bittersweet vignettes taking in everything from John Barry to the Zombies” [The Times] featured The Church's Marty Wilson-Piper and Emma Pollock from The Delgados. Then, in 1999, Gedge rescued the rhythm section of the disbanded Goya Dress (Terry de Castro and Simon Pearson) and combined them with Wedding Present guitarist Simon Cleave. From 2000 the line-up remained relatively steady, apart from Finnish drummer Kari Paavola later replacing Pearson and Murrell’s eventual retirement from live performance.

Surely on pace to rival the abundant shelf filling of The Wedding Present, Cinerama released a clutch of singles in support of their debut LP, as well as a number prior to 2000's Steve Albini-recorded DISCO VOLANTE “dangerously, seductively sweet” [Melody Maker]. Notable were the heart-rending SUPERMAN (complete with alternative Spanish take) and the six and a half minute epic HEALTH AND EFFICIENCY (also available in French!).

The third Cinerama studio album, TORINO (released in 2002), was much darker than the first two, with Gedge returning to a guitar driven sound and deciding to write predominantly about infidelity. “Cinerama are escaping the shadow of Gedge’s illustrious indie-legend past. Torino is a giant beast of adulterous lyrical fantasies, cult soundtrack flourishes and the screams of Albini-engineered guitars” [Uncut].

At the end of 2002, Gedge and Murrell unexpectedly split up, and he decided to leave Leeds, his home for the preceding twenty-four years, and move to Seattle in the USA. Following the end of this fourteen-year relationship, Gedge began writing a collection of songs apparently influenced by his despair over the split. TAKE FOUNTAIN, the resultant album, was recorded in Seattle by Steve Fisk [who also produced WATUSI, The Wedding Present’s 1994 LP] and released, perhaps ironically, on St. Valentine’s Day 2005. This saw Gedge reviving The Wedding Present name for the first album since 1996’s SATURNALIA to a torrent of critical acclaim. TAKE FOUNTAIN “is as eloquent an emotional discourse as he has mustered. Gedge has never before assimilated harsh rock textures to orchestral arrangements with such power.” [Mojo]. “Gedge hasn’t sounded this belligerently broken-hearted since 1987’s MY FAVOURITE DRESS” [Uncut]. “Fans have long since recognised Gedge as more poet than pop star. Like Byron without the marsh fever, TAKE FOUNTAIN confirms his status as an extraordinary songwriter” [The Times].

In the wake of TAKE FOUNTAIN’s success, and after almost an eight-year hiatus, The Wedding Present set out on a mammoth twenty month concert tour of Europe and North America which included most of the major festivals and ended in November 2006. In December of that year Gedge relocated to Hollywood, California, where he is currently living and writing but ventured back across the Atlantic in October 2007 when The Wedding Present performed the GEORGE BEST album live as part of a George Best “Twentieth Anniversary” Tour of Europe. Following that tour the band reassembled in at Steve Albini’s Electrical Audio studio in Chicago to record “El Rey”. 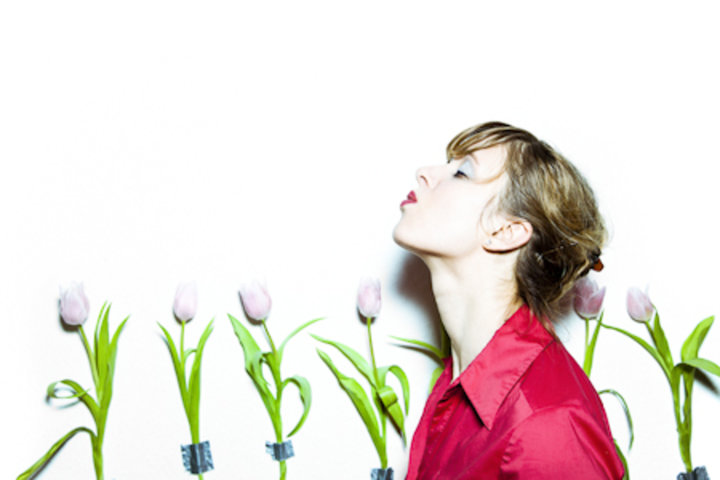