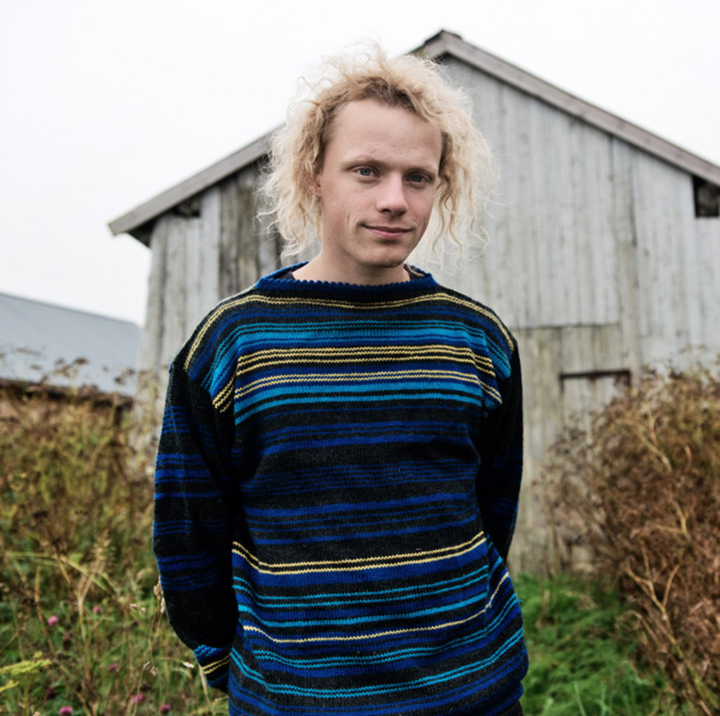 "Quietly intense acoustic guitar, smoldering strings, and a haunting
Norwegian-accented voice caught my ear like a tractor beam. This was Moddi” – Pitchfork

“The music scene in Norway is currently putting the rest of the world to shame and Moddi has a lot to do with it as far as we're concerned.” – The 405


After playing no less than 250 concerts to support his debut album, 25-year old Pål Moddi Knutsen from the remote island Senja in Northern Norway had announced that 2012 would be a year of rest, feeling quite simply that he’d “worn the melodies out”.

However, between the trees of Telemark, as far away from both the continent and the sea as he could get, Moddi found peace of mind and announces a follow up to his double Norwegian Grammy-nominated debut, in the form of Set the House on Fire, to be released worldwide on 8th March 2013 through Propeller Recordings.

Moddi is known for turning down a €100.000 grant from the Norwegian Statoil because of their intentions of oil drilling in the North of Norway. The same year, in 2010, he received an equally large grant from the Norwegian pop group a-ha and toured as support for Angus and Julia Stone. His debut album Floriography was recorded in Iceland with producer Valgeir Sigurdsson (Björk, Cocorosie, etc.) and was released in the UK in 2011.

Moddi says about the album: "When we recorded Floriography everything was planned and prepared months in advance. This time it was more like playing around with sounds. A little poppier and at the same time stranger than the last album."

Set the House on Fire was recorded in a rebuilt boat house in Giske on the west coast of Norway. It contains duets with post-pop prodigy Einar Stray and London-based Farao. The first single from the album is called ‘House by the Sea’, and is accompanied by a video from the band's drummer Jørgen Nordby.